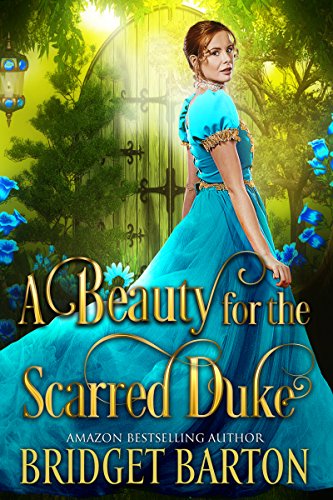 As young girls, Lady Isabella Tate, daughter of the Earl of Upperton, and her friend, Esme, told each other terrifying tales of the monster. But not just any monster. This monster was alive and living in his old mansion behind a tangle of overgrown hawthorn trees in the very same county. This monster was none other than Elliot Covington, the Duke of Coldwell.

The Duke of Coldwell, scarred for life in a fire which claimed the lives of those dearest to him has been hiding in his mansion for almost eighteen years. He knows he is a figure of fear and speculation in the county and chose many years before to live a life of self-imposed isolation. But he is the loneliest Duke in all of England. When the Earl of Upperton sells his daughter off as a bride for the disfigured Duke, Isabella has never been more terrified. Due to marry a man she has never met and always believed to be a monster, she truly believes her life is over.

But is life with the Duke really something to be afraid of? Will Isabella be able to get past her own prejudice and see the man beneath the scars? And will the Duke be able to let go of the pain and guilt that has swallowed him whole for almost two decades and find a new life with a new love?

Review:
While Isabella might be beautiful, she hadn’t experienced true caring, love, and compassion from her own parents (though her friend Esme is loyal and does care). When she meets the Duke, she wasn’t ready to see beyond appearances. As she gets to know him it seems that Coldwell isn’t as primitive and demanding as she’d thought he would be.

While she has to get used to being seen differently due to who she is with, Coldwell has to learn how to step out of the shadows, and deal with society once more after his long disappearance, which takes courage and love on both ends. Throughout the novel Coldwell shows more consideration and caring towards Isabella’s well being, future, and happiness, than her family ever did, showing Isabella what love could truly be like.