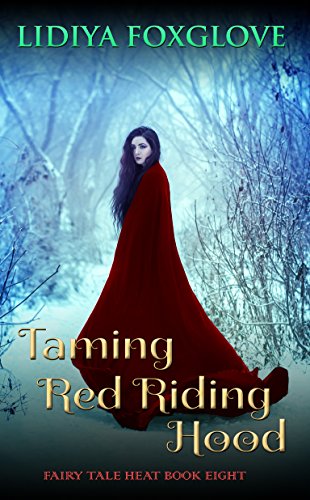 I finally have a home, reunited with my human father. He’s well-to-do, with a pretty wife and a grand house, and the moment I step in the door, I’m expected to begin lessons in reading, writing, and behaving like a lady.

And much to my surprise, so is my tutor. Mr. Arrowen has a human name and human manners, but golden eyes don’t lie. He’s wolvenfolk, to be sure, pretending to be a proper gentleman. Wolves know their mates right away, and I can’t deny the attraction I feel—but somehow, he can, and he does. He doesn’t want to risk his reputation, especially when wolves have been killed over less than laying a hand on a wealthy girl. My family would like to see me marry my distant cousin Patrick.

Patrick is as handsome as Mr. Arrowen, but he’s a hunter. He has his sights on the most wanted creature in the kingdom: the white wolf accused of killing a sacred stag. Patrick wants my help to track him and claim the reward. I yearn to run through the woods, but my father would never let me—unless I pay a visit to my grandmother’s cottage. But do I want to hunt one of my own kind, even if he is a criminal? And what if he isn’t a criminal at all, but someone all too familiar…?

Taming Red Riding Hood is a standalone fairy tale retelling for those who like an unabashedly adorable happily ever after with serious steaminess! Although it is definitely standalone, it doesn’t hurt to read The Beggar Princess before this one.

Review:
Imagine being born into two cultures but only raised in one. After a tragedy and a few years of hard labor our heroine finds herself trying to fit into her father’s world, which becomes more and more difficult when she finds her wolf instincts taking her over. Through the steamy wolf mating season to the mystery of her tutor, you can’t help but want her to find a way to coexist with her father’s world.

If you like steamy fairy tale romance, this is another Foxglove book not to be missed.