Bleeding Heart: A Reimagining of Beauty and the Beast 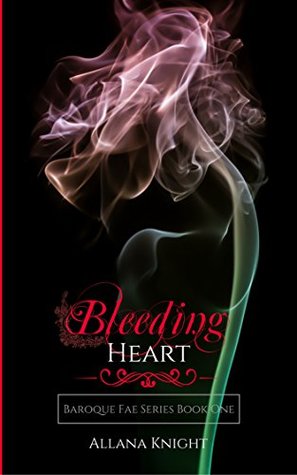 Magic is dangerous in seventeenth-century Venice. Fairies are outlawed. No one can quite remember why. Mirabelle is what the city folk call sangua de fata, tainted — a girl with fairy blood. Abandoned on the streets of Paris, Mirabelle has come to live with a merchant’s family on the outskirts of Venice. Brought up as one of their own, still she is daily reminded that she doesn’t belong. Cursed with the power of fairy blood as well as its beauty, experience has taught her that magic, especially hers, comes with a terrible price. As her family’s fortunes dwindle each day, the people of Venice mutter that Mirabelle is cursed. And when her father returns from a fateful journey with a magic rose, Mirabelle will have to face her worst fears if she wants to save him from a fae curse. She will have to enter Ombre Mondiale, the Faerie Realm, and become the wife… of a beast.

Bleeding Heart is a reimagining of Beauty and the Beast, the first in a series of fairytale retellings set in an alternate version of seventeenth-century Europe, where magic is common and the fairy kingdom is one of many world powers striving for domination.

Review:
While this story is a reimagining predominately of Beauty and the Beast, there are various other fairy tale story elements. I did like the connection between the Beast and the faeries, and thought that was a quite ingenious way to connect an “enchantress” in. I loved Mirabelle’s reason for feeling comfortable with leaving home to be with the beast as well as the role of the rose. I loved how Mirabelle’s parentage played into the story, especially with her connection to her father.

This was certainly a decent read that I would definitely recommend.

Author Biography: (From Amazon)
Allana Knight is the pseudonym of a Southern author and educator who enjoys fantasy, fairy tales, and young adult fiction. She is a reader by day and an author by night. She only accepts authentic reviews, and it is her policy not to solicit reviews or recommendations of her work.