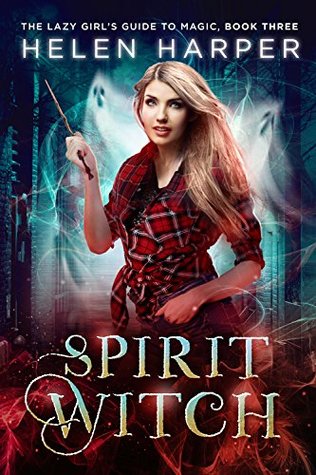 If anyone appreciates what it means to be dead to the world, it’s Ivy Wilde.

Barely recovered from her brush with necromancy, Ivy is flung once more into a world of intrigue, adventure and potential death and disaster. It’s not her fault – it just so turns out that she’s now the only person in the entire world who can communicate with the dead. And they’re a chatty bunch with a list of demands.

When the ghosts offer information about a witch-hating mass murderer in return for Ivy’s help, she has no choice but to get involved. She might be getting herself into more trouble than she realises though – and that’s even before she’s dragged to Sunday dinner so she can meet Winter’s family…

Review:
Winter seems to go through a bit of an existential crisis, and it’s interesting to see him so capable but unsure of the direction of his future. It becomes obvious that spending so much time together is rubbing off on the two main protagonists. While Rafe and Ivy work on figuring out a mystery, while trying not to let their relationship get in the way, one finds another relationship far more pressing and urgent–theirs with Brutus. Brutus is, by far, my favourite character in the series. His random quips of intense insight make up for how lazy he is most of the time, not to mention the hilarity of claiming an inability to do more–much like our slouch witch used to do.
“You like Eve.”
“Love Ivy.”

In the end, I felt that everything and everyone was mostly where they should be. I wish it had been a bit more longer, and not thrown into the epilogue. Most of what I’d hoped would happen throughout the entire series had come to pass, though I would have liked to see more happen to Tarquin. I am quite sad to see the series finished, but have since started another book by Harper, and look forward to reading more written by her in the future.