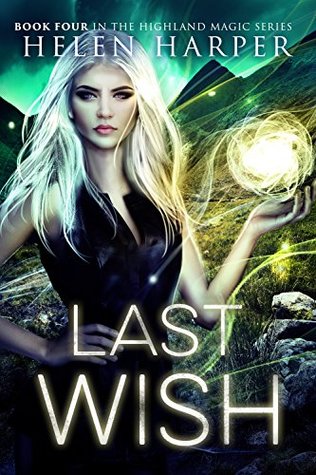 It’s not easy pretending to be dead – especially when it feels as if you have the weight of the world on your shoulders. Between an unfulfilled prophecy, the demon-occupied Lowlands, the continuing power of murderous Aifric Moncrieffe – not to mention her constant yearnings for Byron – Integrity Adair has a lot to worry about. Still, how hard can it really be to save Scotland, maintain her morals, get the guy and keep her sense of humour?

Review:
There were many twists and turns I didn’t necessarily expect, and it was overall a great ending to the series. There were several things I had picked up on that Integrity hadn’t, but that didn’t detract from the story at all. I thought that the way to save Scotland was almost too easy– something I’d pieced together from the previous book, though it made sense. In the end I still had many questions, such as, if the Fissure was only created about 300 years ago, how did the Fomori live before that? While this might remain puzzling, it didn’t take away from my overall enjoyment of this novel or series as a whole.

The villain turned out to be far more heinous than expected, which was somewhat sad because it turned him into more of a stock character than he needed to be. It would have been nicer for him to have some redeeming qualities.

I wish that Sorley and the trolls had a larger role in this novel and that we heard more about them. The connections between other clans were powerful, and the ending was a perfect send off for the series, mostly thanks to Bob.