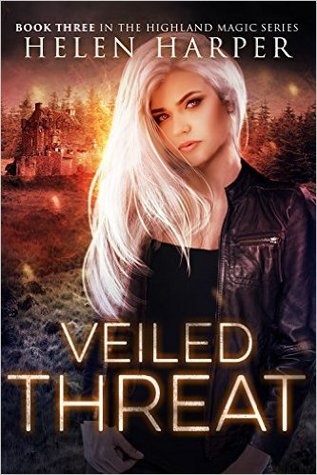 Integrity Taylor has regained possession of her ancestral lands – and inherited a whole host of new problems. The spectre of what really happened to her parents is casting a shadow over everything while Fomori demons are being sighted up and down the Highlands. It doesn’t help that Aifric Moncrieffe still seems determined to see her dead and emerald eyed Byron remains stubbornly blind to his father’s true nature.

Integrity is determined to stay in control of her own destiny, however, even if it means confronting the darkness across the Veil yet again. And at least she’s still got a sense of humour…

Review:
Integrity continues to try to learn about her ancestors but always keeps her personality about her. While her joking might be annoying to those around her, I found it endearing that no matter the situation, her sense of humor remains.

While many keep speaking of a prophesy, it’s obvious that those around her understand that Integrity cares about the clanless and that she’s willing to help anyone who asks. Though she seems surprised that so many are willing to abandon their lives to be with her, it makes sense that those who were otherwise unprotected would want help from someone who understands their plight and has lived like they have.

Despite the heartache and distrust, this is an intriguing continuation of Integrity’s story, and a great set up for the end novel.