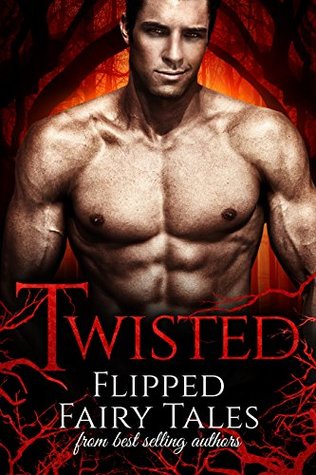 A compilation of fairy tales that end differently than we’re used to.

Review:
Turns out this book is no longer available on Amazon. I debated whether or not that means I should leave as detailed a review, but decided that I should at least give every story in the compilation some sort of mention, as originally intended.

Little Red- May Sage
This was a rather hard story to get into. The landscape was constantly changing between the fairy tale type world we know and modern day. There were carriages, yet cell phones. While there was definitely sex appeal, the story bared little resemblance to the original it was based upon. The “red” tie in was nice, and I didn’t necessarily mind the ending. Overall I’d say this ranked 3/5.

Rumpelstiltskin- Vivenne Savage
I love this book. I’ve been finding more and more that while my love for Beauty and the Beast has always shone bright, my love for Rumpelstiltskin (well, retellings, anyway) is a close second. This story has everything: retribution, love, sacrifice, and learning to be a better person. I definitely recommend seeking this story out, as I think it’s work buying and reading on its own.  5/5, easily.

It seems this one is going to be out for individual purchase December first, under a different title. You can get to it by the link here.

Stepbrother- Erin Bedford
This one confused me. It took me quite a while into the story to figure out which fairy tale this was supposed to represent. The connection is minuscule at best between this story and a fairy tale. While the world was decent, and the connection between the main characters was spot on, I think it would be better marketed as its own story, instead of claiming fairy tale retelling status. I did like the ending, but overall the world and what was going on in it seemed quite different than anything fairytale-esque. If you’re looking for vampires, here’s one you might like. 3/5.

Of Bones and Ashes- Nicole Zoltack
A story from a villain’s point of view. This story… was quite different from anything I’ve ever read about the fairy tale it takes place in. I wasn’t sure I would like it, because at the beginning it seems so certain that the narrator is actually the one in the wrong, though we quickly learn how untrue that may be. A back story unlike any other, if you like things a bit dark and peculiar, this is definitely one for you. 4/5.

Hunger in the Woods- Carma Haley Shoemaker
This was a brilliant take on the fairy tale it borrows from. A very different story than the original, and brought into the modern world seamlessly. Part horror story mixed with learning not to treat people who are differently poorly (they may be your only salvation), this was a story I really wasn’t sure how it would end. Definitely recommend. 4/5

Rumpelstiltskin- May Sage
This story was quite different from that which we are used to.  While I quite enjoyed it, it was so very different from the original that it may have done better to be slapped with a different character altogether, so that it could stand on its own merit. I did enjoy the ending, and the banter between the main characters was entertaining. 3.5/5