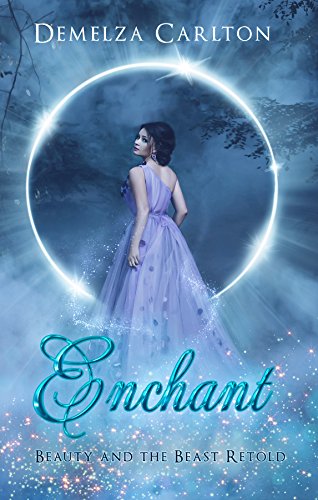 Synopsis (from Amazon):
A beastly prince. An enchanting beauty. Only love can break the spell.
Once upon a time…
The wicked King Thorn forced the enchantress Zuleika to cast a terrible curse. She fled his court to travel the world, helping those who need her magic most. Until a search for her merchant father’s lost ships leads her to an enchanted island, where Prince Vardan, the island’s ruler, is afflicted by the most powerful curse Zuleika has ever encountered. She’s not sure she can reverse the spell, but she’s determined to try. After all, a prince who fights pirates can’t be all bad…no matter how beastly his appearance.
Together, can the enchanting beauty and the beastly prince break the spell?

Review:
I loved this take on Beauty and the Beast. The premise was unique and refreshing. I did have some issues with the heroine’s name, but that didn’t stop me from enjoying the book. I quite liked Zuleika’s growth and humility throughout the novel, as well as Vardan’s, however, instead of speaking and troubleshooting feelings and emotions verbally, Vardan brushes off Zuleika’s issues and essentially says “It’ll be great because I’m great.”

Unlike most versions of the story, Zuleika knows from the beginning that Vardan is cursed, so instead of being railroaded to liking him and spending time with him by his servants, she understands and wants to help. What irritated me was how long it took Zuleika to realize what had happened to Vardan, considering how intelligent and knowing in magic she is supposed to be by the time she meets him.

Most Amazon reviews seem to have a problem with the sexual mindset of the male protagonist, as well as the sexual parts of the story. I had downloaded this book knowing it was a fairy tale retelling, and that it had been on my list of ones I wanted to eventually read, picking it at random to read from the titles on my kindle. While it is a fairy tale retelling, it likely should be listed under romance first. Though not as carnal as Lidya Foxglove’s Fairy Tale Heat, with only a few instances, there is still a sexual mindset that if one isn’t expecting, might be found irritating.