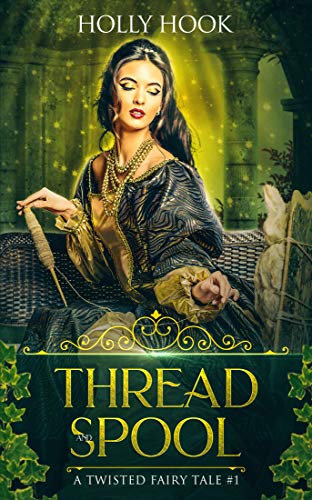 Synopsis (from Amazon):
When you can spin yarn into gold, getting whisked to a fairytale world by an evil king is just Tuesday.

Brie’s mysterious ability means trusting others is a bad idea. So she lets her guard down around no one: not her boyfriend and not her adoptive parents. She’s had enough of their gambling and gaming problems.

But when an evil king comes knocking and chases Brie into a realm of magic called Fable, it changes everything. With only one elf, Stilt, by her side, Brie learns she’s meant to take part in a famous fairytale–one that will end in her death or worse, a lifetime married to that evil, greedy king. Just more of the usual, right?

Stilt says he can help her escape, but in return, he might ask for something she can’t give. Who is her elf companion, really?
Trust or die. What’s more terrifying?

Review:
An interesting premise, that fairy tales are true, and that the characters within them want out. Brie is a likable character, empathetic, reasonable. Everything in one girl’s life is thrown on its head, and she’s stuck between what seems reasonable and what is SUPPOSED to happen, something that all of us likely have felt at some point– what we want to do verses what is expected of us.

This book gave a backstory to characters that rarely see one, explaining how not everything “evil” is as it seems, but that conditions can force a disposition on someone who is usually not that way at all.