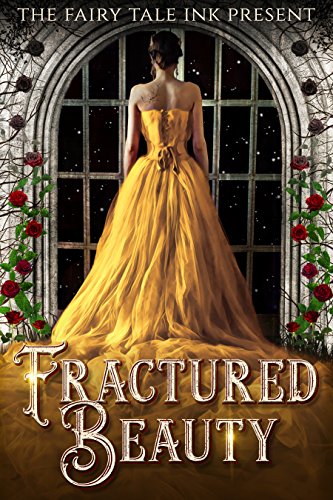 Synopsis (from Amazon):
Beauty and the Beast may be a tale as old as time, but in this collection by the Fairy Tale Ink you’ll meet five newly imagined Belles and the Beasts they love.

Angela Brimhall’s beast is a terrifying sea monster cursed by a scorned gypsy. He must risk all to save the strong-willed princess before losing his last chance at love and redemption, becoming forever damned to the briny deep.

Lehua Parker’s Nani is trapped by Indian and Hawaiian traditions and a fiancé locked in stasis in a medi-mod. Cultures and expectations collide in this sci-fi futuristic world where nano-bot tattoos and dreams reveal the secret of Nani’s heart.

Angela Corbett’s Ledger is determined to find out more about the mysterious woman who saved him from certain death and uncover the secrets of  Withering Woods, but some beasts are better left caged.

Adrienne Monson’s Arabella rushes to an enchanted castle to pay her father’s debt, but is met with a burly beast with a mysterious past. It’s a howling paranormal regency romp that will keep you turning pages well past your bedtime.

Review:
Brimhall’s– Quite enjoyed this story, the way that it twisted and curved, with everything twined together.

Parker’s- I loved this story. I didn’t necessarily think of it as Beauty and the Beast, but it was brilliant, unique, and I quite enjoyed it.

Corbett’s– It was an alright short story, but I didn’t quite see a big Beauty and the Beast theme, except for one character’s appearance. My least favourite of the stories.

Monson’s– I quite enjoyed the way she delivered an enchanted castle, and the way the romance developed. I also really enjoyed why Arabella’s father was sent away, and what it meant to and for her, and the Beast, ultimately.

All in all, an alright compilation, but most would have been better if allowed to shine on their own, without being considered a “Beauty and the Beast” novel.