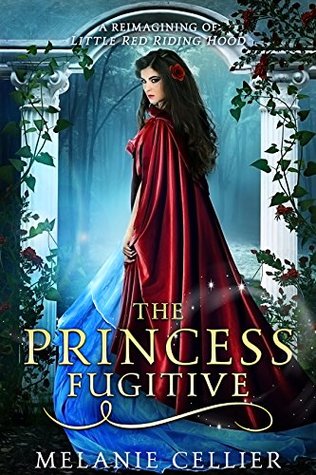 Princess Ava used to be a weapon – sharp, strong and beautiful. But when she fails at her most important task, she’s forced to flee from her own family.

Only her personal bodyguard, Hans, remains loyal. Hans claims to know the real Ava but she finds that hard to believe – after all, she’s been the villain so long that she can’t remember anything else.

Deep in exile, Ava learns her kingdom needs a hero and she might be the only one who can save it. The catch? She’ll have to ally herself with the very people she blames for her downfall.

But in a game of life and death where the stakes are an entire kingdom, winning over her enemies will only be the beginning. Can one fugitive save her people, her kingdom and, hardest of all, herself?

In this reimagining of the classic fairy tale, Little Red Riding Hood, the girl in the red hood has been swallowed up by the wolf and must decide if she’s willing to fight for her freedom, no matter the cost.

Review:
I was apprehensive when I started this book. I wasn’t sure there was anything that would make me care about Ava and want her to succeed. I was happy to find that I was wrong. Cellier does a great job of going into the motivations of why people do things, and how change can only happen if the person who is going to change WANTS things to be different.

I had been curious about Hans and Ava’s relationship after how he dragged her away in The Princess Companion, so I was happy to see more of their interactions. I also enjoyed how characters from the first book in the series became important in this one, and that there was a deeper glimpse of the lives of secondary characters and what happened to them in the time between The Princess Companion and The Princess Fugitive.

I did like how the red cloak and wolf played into the story, it was quite well done. The symbolism wasn’t lost, either. There were certainly enough of the classic story elements within this retelling, but this story is far from anything a lover of the original fairy tale knows.

As I write this review, I’m already reading book 3 in The Four Kingdoms series. 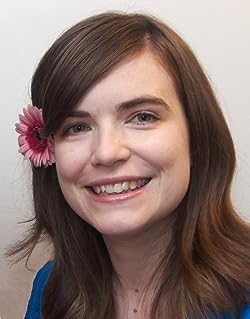 Author Biography: (From Amazon)
Melanie Cellier grew up on a staple diet of books, books and more books. And although she got older she never stopped loving children’s and young adult novels. She always wanted to write one herself but it took three careers and three different continents before she actually managed it.

She now feels incredibly fortunate to spend her time writing from her home in Canberra, Australia where they don’t have a beach but they do have kangaroos hopping down the streets. Her staple diet hasn’t changed much, although she’s added choc mint Rooibos tea and Chicken Crimpies to the list.

She is currently working on The Four Kingdoms, a series of young adult fairy tale retellings.

Visit Melanie at her website: http://www.melaniecellier.com or follow her on Facebook: https://www.facebook.com/Melanie-Cellier-689002674569364/ for all the latest news on The Princess Companion and other upcoming Four Kingdoms stories.