Synopsis: (From Amazon)
Just as Sophie Mercer has come to accept her extraordinary magical powers as a demon, the Prodigium Council strips them away. Now Sophie is defenseless, alone, and at the mercy of her sworn enemies—the Brannicks, a family of warrior women who hunt down the Prodigium. Or at least that’s what Sophie thinks, until she makes a surprising discovery. The Brannicks know an epic war is coming, and they believe Sophie is the only one powerful enough to stop the world from ending. But without her magic, Sophie isn’t as confident. Sophie’s bound for one hell of a ride—can she get her powers back before it’s too late?

Review:
This book I both looked forward to and dreaded. I very much hate the end of a series, don’t you?

While Sophie did grow quite a bit throughout the series, in the end I was disappointed by what happened to some of her allies (one in particular) even though I had thought what would happen was rather obvious from the beginning.

I am quite pleased with the ending of the series, though I am sure that I, like many others, would love to see what happens to Sophie beyond the scope of the series. 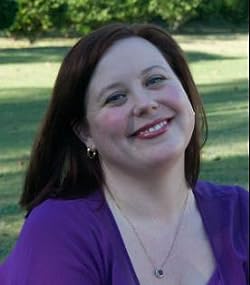 Author Biography: (From Amazon)
Rachel Hawkins (www.rachel-hawkins.com) was a high school English teacher before becoming a full-time writer. She lives with her family in Alabama. To the best of her knowledge, Rachel is not a witch, though some of her former students may disagree….