Beauty and the Beast: An Adult Fairytale Romance
Once Upon a Spell book 1
By Vivienne Savage 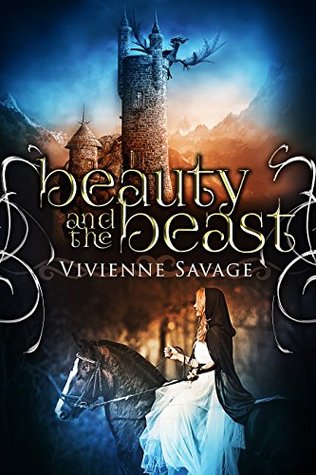 Princess Anastasia Rose dreams of attending school, but her plans are put on hold when war begins between her father and the beastly lord of a nearby castle in the mountains.

Prince Alistair isn’t an ordinary dragon. He’s a shifter afflicted by a curse, unable to become human again until he finds his true love. When a mortal king’s adventurers trespass in Alistair’s territory to steal a rare flower, the prince decides to steal a valuable prize of his own.

Author’s Note: This is a magical retelling of the beloved tale written for an adult audience. Reader discretion is advised.

Review:
Finally, a princess who has desires beyond living in a castle, finding love and becoming a queen. Savage does an amazing job of personifying Anastasia, giving her reasons for loving books so much beyond enjoying stories. There is so much more to this novel than the Beauty and the Beast story we all know and love.

I greatly enjoy how all of the characters have an important role and how they come together in the end, revealing truths only hinted at. Alistair is such a relatable, wonderful character– great for those who are hot headed and perhaps needing to learn to control their temper.

While this book specifically states it’s listed as an adult novel, there are really only two “steamy” scenes, and while decent, no where near as heavy as might be suggested.

Splendid book. I absolutely loved it!

Author Biography: (From Amazon)
Vivienne Savage is a resident of a small town in rural Texas. While she isn’t writing fantasy or concocting ways for shapeshifters and humans to find their match, she raises two children and works as a nurse in a rural retirement home.