Miramont Castle, built in 1897 and mysteriously abandoned three years later, is home to many secrets. Only one person knows the truth: Adrienne Beauvier, granddaughter of the Comte de Challembelles and cousin to the man who built the castle.

Clairvoyant from the time she could talk, Adrienne’s visions show her the secrets of those around her. When her visions begin to reveal dark mysteries of her own aristocratic French family, Adrienne is confronted by her formidable Aunt Marie, who is determined to keep the young woman silent at any cost. Marie wrenches Adrienne from her home in France and takes her to America, to Miramont Castle, where she keeps the girl isolated and imprisoned. Surrounded by eerie premonitions, Adrienne is locked in a life-or-death struggle to learn the truth and escape her torment.

Review:
The characterization in this novel could not have been any better. The depth of which the characters felt, and their motivations were astounding. While some characters seem completely “bad” and unsympathetic, it’s explained why that might be so.

However, once all the pieces have been set in play, about 35% of the novel is about the continual torrent of bad things that happen to our main protagonist. With a title like Miramont’s Ghost no one expects everything to be happy and cheerful, but the end offered no resolution for the heroine, instead letting the characters who dished up the torture get away with all they had done. This is a story where the bad guys win. Surprising enough, that isn’t where the story ends, and we’re left thinking that Adrienne deserved so much better. 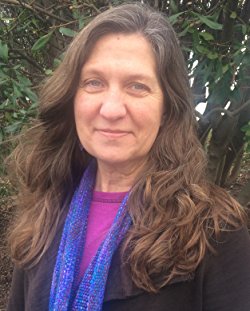 Author Biography: (From Amazon)
Elizabeth Hall spent most of her life in the mountains of Colorado. She has worked as a teacher and communications consultant, including hosting, writing, and producing the radio show Heart of the West (KRZA, Alamosa) and producing an oral history compilation for the Great Sand Dunes National Park. She now lives in the Pacific NW.

One thought on “Review of Miramont’s Ghost by Elizabeth Hall”