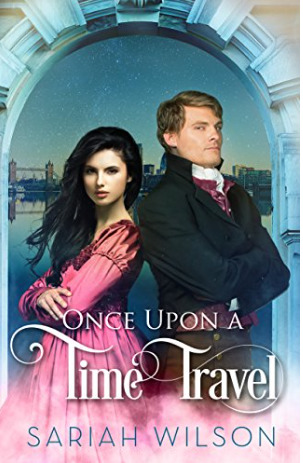 Synopsis (from Amazon):
Once upon a time…

Recent college grad Emma Damon knows the Rose Room in Hartley Hall is off limits, which is exactly why she can’t wait to get inside. Once she enters the forbidden room, Emma learns more about the history of the museum than she ever intended to know.

Waking up confused and shocked in 1816, all Emma wants is to return to her cozy home with flushing toilets and disposable razors. But when she’s mistaken for someone else, Emma must pretend to be everything she’s not. About to be engaged to the Earl of Hartley’s brother, Emma fails miserably at playing the role of a sophisticated lady.

Hartley is determined to ensure that the quirky and adorable woman marries his brother – despite his ever-growing attraction to her. After loving and losing, he refuses to fall prey to the shackles of love. But as his desire for Emma increases, he knows he must forfeit his happiness for his brother’s future. After all, there’s no such thing as happily ever after.

Review:
A quite well rounded story, expertly switching from the modern world to 1816. Emma is unique when thrown backwards in time, and it’s refreshing to see someone who doesn’t wish to be idle and do nothing (or only have countless children). Watching Emma and Hartley get to know each other and become closer while learning just how much manly knowledge Emma has is quite amusing. One cannot help but root for our time traveling heroine, wanting her to find a way to have everything she didn’t as an orphan. 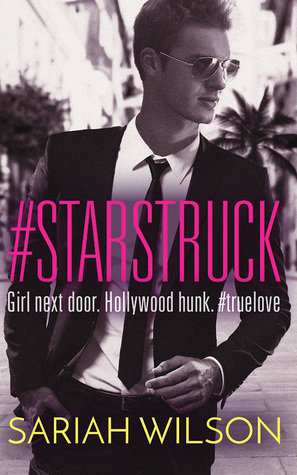 With one uncharacteristically sassy tweet to her longtime celebrity crush, Zoe Miller’s life turns upside down. Ultrahot A-lister Chase Covington doesn’t just respond to Zoe’s tweet, he does the unthinkable: he messages Zoe directly. Now she must decide between walking away or meeting her crush in person.

Chase knows better than to trust anyone from the Internet, but Zoe’s saucy challenge has totally caught his interest—and her girl-next-door personality is keeping it. He’s been burned enough to know he needs to keep his heart close. But his feelings for Zoe might be a lot more than just an online flirtation. He just has to convince her…

When the press gets wind of Zoe and Chase’s secret relationship, their romance turns into tabloid headlines. Will they be able to hold on to their Hollywood love story?

Review:
There are parts of this story I absolutely loved, and others I found predictable. Chase has a troubled past, and after letting Zoe in, he finds he doesn’t trust her (despite saying he does). Zoe, on the other hand, lets Chase into her life completely, meeting her family and seeing how he gets along with her much younger siblings. Zoe doesn’t want anything from Chase except to spend time with him, get to see and know the real him, but between Chase’s fame and his trust issues, while reading it is really up in the air whether or not they can reconcile their very different walks of life.